Obamacare was heralded as the landmark achievement for President Obama, but currently 61% of the American people disapprove of it. 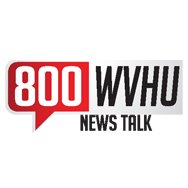 Tom Roten of WHVU Radio recently asked Dr. Kantor’s opinion on what would happen if it Democrats joined together and repealed the law. What would come next? To start, Dr. Kantor doesn’t believe they will repeal it. They don’t have anything to replace it and the way that the paperwork was done it is virtually impossible to go back to the way things were. If it does keep rolling on we will continue to see problems. Almost 6 million people have lost their insurance and only 100,000 have signed up through the exchanges, not a good ratio. The real problem of Obamacare is the way that the program was designed.  It wasn’t designed to work, it was designed to pass the House and Senate and lots of concessions were made to get votes along the way. Right now the statistics show that the average increase is over 47%, which doesn’t even take into consideration the higher deductibles many are seeing. Obamacare was really an income shift, taking money from the middle and higher classes and moving it toward the lower income; a political decisions not a health care decision.  Dr. Kantor believes that by the time this is all over we aren’t going to have more people insured, we just will have given the government control of another 17% of our economy and moved money around.  Listen for more information from leading health care expert, Dr. Keith Kantor, in this interview.