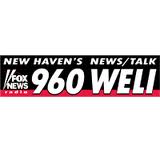 Vinnie Penn of WELI Radio and Dr. Keith Kantor recently spent some time talking about Obamacare and the probable cause for the delays that we keep seeing.  Dr. Kantor believes that the parts of Obamacare that the Democrats see as unpopular are being delayed to avoid them becoming a major issue for the 2014 elections.  The Democrats hope to take the House from the Republicans in this election and keep the Senate and will do whatever they can to avoid Obamacare becoming a major stumbling block.  Should those who oppose Obamacare rejoice in these delays and the possible collapse of the bill?  Dr. Kantor says, no.  There are clauses already written into the bill that could enable the Government to issue their own policy, without a vote from the House or Senate, and that may be even worse.  Listen to this interview for more information on the delays and political impacts from Obamacare.