GMO’s: What You Should Know – Pilates Style Magazine

Dr. Kantor recently answered questions about GMO’s and their affect on our health with Pilates Style Magazine 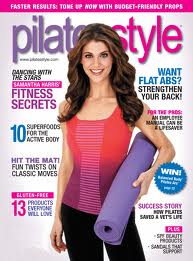 GMO’s are microorganisms, plants, and animals that have their genes altered.  Usually they are modified either to further scientific research or to alter the food supply. Common genetic modifications include: adding antibacterial genes to plants, introducing genes  that make the organism bigger and harder, making new foods by adding genes from existing foods, and adding animals genes to plants and vice versa.

According to researchers, why are they harmful for our health?

The biggest concern is that there has not been enough testing of GMO’s and no real long term testing to detect possible problems.  Another problem is allergic reactions; genetic modification often mixes or adds proteins that weren’t indigenous to the original plant, causing new allergic reactions to the human body, according to Brown University.

Some GMO foods have had antibiotic features added to them so they are resistant to certain diseases and viruses.  When humans eat them, these antibiotics features persist in our bodies and make actual antibiotic medications less effective, according to Iowa State University. Another risk is that the modified genes may escape into the wild.  Brown University warns if herbicide resistant genes cross into wild weeds, a super weed that is resistant to herbicides can be created.  Making plants resistant to bacteria can cause bacteria to become stronger and harder to kill.

There have been isolated cases of animals dying after eating genetically modified foods.

Dr. William Davis says, “The new genetically modified wheat has a new protein call gliadin.  This gliadin binds to the opiate receptors in our brain and in most people stimulates appetites, such that we consume 440 more calories per day. “Davis claims clinical studies show this happening to hundreds of thousands of people.  He suggests totally avoiding wheat.

In my own practice, while testing for food allergens using the elimination diet, I have found several patients that improved when all GMO’s were eliminated from their diet.  At the present time I do not recommend using any GMO foods until more testing is done.

What are 5 things we should know about GMO’s?

What foods are most likely to contain GMO’s?

Wheat, soy, corn, sugar, tomatoes, potatoes, and canola (these foods are typically produced in abundance and genetically modified to save money from losing damaged crops and/or growing the crop faster and larger in size.

What do the most recent findings on GMO’s report?

This is a preview to an article that will be featured in Pilates Magazine.