Going Hungry Could Save Your Life – Laissez Faire Letter

Lower Your Risk of Cancer, Heart Disease, and Inflammation in 3 Simple Steps 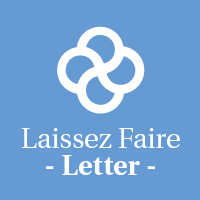 From the desk of Brad Lemley

Here’s a word that I humbly suggest you add to your healthy-living vocabulary.  It’s autophagy pronounced aw-TAW-fug-ee.

Coined by Belgian biochemist and Nobel Prize winner Christian de Duve in 1963, it combines the Greek auto, signifying “self-,” and phagienwhich means “to eat.”

Understanding what it is, and how to optimize it, is absolutely vital to achieving and maintaining robust health.

Autophagy happens continually within all multicelled creatures. That includes you and me, a couple of 37 trillion cell arrangements popularly known as human beings.

As we create new cells by the millions hourly, we must also carry out autophagy — disposal of the dying and dead cells via “self-eating.”

During this process, lysosomes — tiny sphere-shaped structures inside each cell — spew out about 40 kinds of enzymes to break apart decaying proteins and other big molecules into smaller, simpler ones that can be used to build new cells.

As with any bodily process, autophagy can be vigorous, average, or seriously screwed up. This matters. The efficiency of your autophagous machinery is vastly important to your health.

Robust autophagy leads to long life.  Indeed, while you’ll hear millions of claims that this diet or that behavior can extend life, optimal autophagy is one of the few scientifically confirmed processes that can do this.

In animal studies, life spans have been extended up to 65%.

Ramped-up autophagy has also been shown in studies to lower risk of cancer, insulin resistance, infection, heart disease, neurodegenerative diseases (such as Parkinson’s and Alzheimer’s), and inflammation in general.

1. Get hungry now and then.“ One well-recognized way of inducing autophagy is by food restriction, which upregulates autophagy in many organs,” concludes a 2010 study from the Scripps Research Institute in La Jolla, California. In other words, practice intermittent fasting! Skip one meal a day, or one day of solid food per week. Perhaps the simplest tactic is to eat only within a six-hour “window” from noon to 6 p.m. Do what works in your life. “Hungrying up” on a regular basis matters more than the precise form and timing.

2. Eat a high-fat, moderate-protein, low-carbohydrate diet.  I’ll have much more to say about the health-promoting effects of such a diet in upcoming issues.

3. Exercise.  We all know exercise can make us healthy, but why? Its ability to boost autophagy appears to be the major reason. During exercise, virtually every kind of tissue experiences a boost in lysosome activity.

Of these three, the first step is the most effective. Yet mainstream health advice often advises just the opposite. As a young man in the 1970s, I never heard anyone suggest eating “five or six small meals daily,” but these days, it’s close to nutritional dogma. An online search of the phrase “eat many small meals” returns over 275,000 results!

This is absolutely wrong, dangerous advice. When people are told to “eat many small meals,” what they hear is “eat all the time,” an activity at which most Americans excel.

It’s no coincidence that obesity rates started ratcheting skyward in the 1980s, more or less in tandem with this widespread endorsement of more frequent meals. (The other major culprit was the government’s nonsensical “low-fat, high-carb” dietary recommendation, which also leads to excessive hunger and chronic overeating).

In my overseas travels, I rarely see people chowing down in their cars, or in line for a movie, or otherwise outside the traditional time and space boundaries of a meal.

In the U.S., it seems that everyone continually eats everywhere.

The result: Many Americans spend a lifetime feeling sick and weak because daily overeating overwhelms their lysosomes and clogs their tissues with cellular debris that ultimately becomes toxic.

Now, I realize that disciplined eating is not easy. I like to chow down as much, perhaps more, than the next guy. But as a clean freak by nature, I’ve found it helps me to power through bouts of hunger by imagining leagues of industrious lysosomes busily power-washing accumulated junk out of my tissues.

Make hunger your friend. Regularly embracing even mild hunger can ultimately bring not only physical health, but also mental focus and improved mood. It’s worth the effort.

This is an article that was written for and featured in Laissez Faire Letter – Brad Lemley’s Natural Health Care Solutions. Read the original article on Page 5 HERE.