Honored to Answer Questions for The Dr. Oz Show

I was recently asked to answer the following questions by The Dr. Oz Show.  I’ll be sure to post the full segment as soon as it’s released.

Do men get hungrier than women? Who feels hunger more intensely? 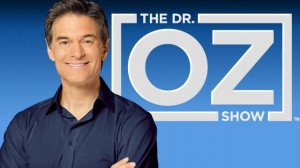 Technically men eat more than women in most cases because their weight and overall size is larger than a women’s size and they need more energy in the form of calories to physically support their mass and overall bodily functions. In theory if the man and women were of the same size and activity level they should eat the same amount.  From a behavioral and emotional aspect women can be hungrier, especially for their favorite foods then men according to a study that revealed the different brain response to foods in both women and men.

In this study men were able to resist their favorite foods more than women.  Women may have said that they were not hungry for that food but their brain receptor response was indicating something different, they secretly were craving the foods.  This explains why in some cases women use food as an emotional coping mechanism more than men do. Possibly making poor food choices and/or “closet eating” to boost good mood brain receptors such as serotonin.  It may not be true physical hunger but they can consume more than men due to emotional eating.