Benefits of All Natural and Organic Foods 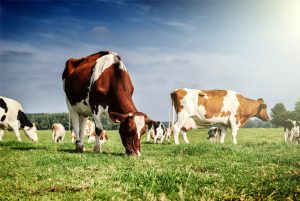 In a culture where food is a lucrative business, we have to be our own advocate and feed our family and our own body with the best source of food. Meats ( beef, poultry and seafood) are probably the most dangerous foods to consume from conventional sources because the harmful chemicals are within the flesh of the meat. At least some of the chemicals can be washed off of fruits and vegetables, but if the animal of the meat you are consuming was sick, ill or contaminated there is no washing that off. Learning about where you food comes from and how it is processed can help reduce the risk for several diseases related to inflammation. If your body is not tolerating the chemicals and additives in the food you are consuming, you can guarantee there is some sort of mild or even severe inflammation going on within your body.

Inflammation can lead to a thyroid disease, obesity, Type 2 diabetes, neurological disruption, and even heart disease. Consume quality foods especially protein sources like meat, poultry, seafood and produce from organic and all natural sources. This can help prevent or manage symptoms of disease.

All natural/organic foods have higher levels of essential nutrients.

Conventionally grown foods are produced in over cropped soil that lacks beneficial vitamin and minerals that are supposed to be in the foods that we eat. It is an illusion that a tomato on a fast food chicken sandwich has the same nutrition as a tomato that you were to grow in your back yard. You can actually taste the organic tomato more then the conventionally gown tomato.

There are harmful chemicals and no nutrition in artificially-produced fertilizers. The fact is that study after study has proven that organic and all-natural food is more nutritious, and more flavorful.

Here are some nutrient facts reported by Organic.org:

Pesticides and Herbicides are poison.

You can wash some of them off, but they do seep into the nooks and crannies of the foods you are eating. These chemicals can do damage to the nervous system.

Higher Quality Meat is better for your health.

Most mainstream studies do not go into specific detail about why
“meat” is not good for you. It is not the meat that is bad for you, it’s the harmful farming practices that make the meat bad for us. The animals are unable to move and develop optimally, they are juiced up with antibiotics to prevent any disease from the dirty conditions they live in. They are kept in close quarters living in their own feces. Chickens are genetically modified to have large breast because our fast food culture demands that, this large breast hinders them from moving and living a normal life, so they end up unable to move and have a higher disease rate.

Animals in conventional farming practices are sick. No matter how much they’re vaccinated or drugged, they just get sicker because their conditions are not optimal. Factory farms are the primary source of drug-resistant infections. In fact, they were the first source. E. coli was not even considered an infectious bacterium until around 1983. It’s a necessary probiotic found in everyone’s gut. It’s necessary for digestion. The E. coli that causes deadly infections is a mutant caused by conventional farming.

The best way to be safe from food-borne illness is to choose organic or all- natural foods. The insane rush to sterilize our foods and farms simply makes us less healthy, and ultimately results in exposure to the worst food-borne illnesses that have ever existed.

It is completely unnecessary to add colorful dyes to foods, it is purely for show, so the meat (and other foods) look more appetizing to unknowing consumers. Yellow and Red dyes are commonly added to meat and chicken, but there are several other dyes listed below that are added to foods that you may not suspect.

Food dyes are one of the most widely used and dangerous additives. While the European Union has recently placed regulations on labeling food dyes to inform consumers of the health risks, the United States has no such requirement.

Here are some of the most common food dyes used today, according to the Food Freedom Network:

It’s toxic to rodents at modest levels and caused tumors of the urinary bladder and possibly other organs. What it’s in: Skins of Florida oranges.

Recognized in 1990 by the FDA as a thyroid carcinogen in animals and is banned in cosmetics and externally applied drugs. What it’s in: Sausage casings, oral medication, maraschino cherries, baked goods, and candies.

This is the most-widely used and consumed dye. It may accelerate the appearance of immune system tumors in mice. It also causes hypersensitivity (allergy-like) reactions in some consumers and might trigger hyperactivity in children. What it’s in: Beverages, bakery goods, dessert powders, candies, cereals, foods, drugs, and cosmetics.

Yellow 5 causes sometimes-severe hypersensitivity reactions and might trigger hyperactivity and other behavioral effects in children. What it’s in: Pet foods, numerous bakery goods, beverages, dessert powders, candies, cereals, gelatin desserts, and many other foods, as well as pharmaceuticals and cosmetics.