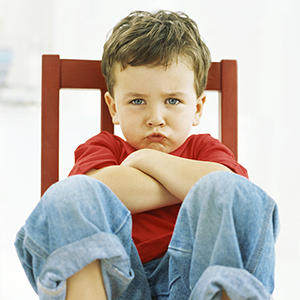 It is no secret that food has a major influence over how children behave, if they are hungry they can be fussy, if they eat too much sugar they have energetic highs and dramatic meltdowns. Consuming a diet rich in processed unhealthy junk foods can make symptoms of behavioral disorders worse including Attention Deficient Hyperactivity Disorder (ADHD), and other learning disabilities. Some parents feel hopeless when faced with the daunting task of overhauling their child’s diet, but when they see positive improvements in their child’s behavior it is well worth the efforts. To achieve these improvements parents should consider learning more about common food and additives that have a negative impact on behavior.

Research specifically focusing on food and the brain reports that dairy is the most common food allergy among children and several adults, especially for those who have ADHD. Extreme hyperactivity and lack of focus is associated with consuming dairy products.   Dairy products include milk, cheese, yogurt, or other foods specifically with lactose. It is also important to note that kids with a dairy sensitivity often become congested, bloated, and tired, but those are just the physical symptoms. They might also become irritable, depressed, anxious, and unable to concentrate. Dairy especially non organic dairy is processed with chemicals and dairy in itself was not meant to be consumed as much as we consume it. It can cause inflammation and irritation to the gut and immune system. Other sources of calcium include non-dairy milks, spinach, beans, and fatty fish.

Extensive research has shown that processed gluten we consume in common foods such as bread, crackers, cereal, and pastries has a negative influence on children’s behavior similar to dairy. Gluten is a glue like substance that has an elastic texture and is comprised of two proteins, prolamins and glutelins. The gluten containing flours that we consume regularly today are so processed they can cause inflammation in the gut, increased risk for auto immune disease and increased permeability of the digestive tract. These complications can lead to nutrient deficiencies, brain fog and decreased focus.

Dyes are often overlooked as a harmful additives to our foods, we figure since the FDA has allowed them to be purchased and almost all of the packaged foods in the grocery store contain them then they are safe.

Red 40, Yellow 5, and Yellow 6, which make up 90%+ of the market, these are the most common dyes but there are several more then the ones listed. These dyes are created synthetically in several ways. Some dyes are created by burning coal tar and others are derived from petroleum byproducts like tartrazine and erythrosine.

These artificial dyes are added to foods to enhance their color and make them more “kid friendly” think kids cereals but they are nutritionally void and potentially harmful. The Center for Science in the Public Interest has provided at 68 page report explaining how many food dyes have already been banned by the FDA after research found that they caused substantial health problems including increased hyperactivity in children, minor illness and cancer. Sadly there is little research that has been done to prove that the remaining seven dyes that are found in most of our foods are safe.

35 mg per day has been the amount to show increased hyperactivity along with other behavioral problems. A study out of Purdue University shows that the average child consumed 3-4 times the 35mg per day. The food sources mainly coming from cereals, macaroni and cheese, and snack foods.

There is absolutely no nutritional benefit of food dyes, dyes are purely added to food to improve appearance and prevent discoloring from natural influences such as light. Some countries have made it mandatory to provide a warning label for foods containing dyes, the United States has not implemented this. In fact, there are some products that are coloring naturally to be distributed in other countries yet still containing synthetic dyes here in the US, showing that they can in fact make the food safer.

Removing Dyes from your diet can feel overwhelming here are some tips:

Do not underestimate the power of nutrition when it comes to improving your child’s well- being and overall behavior. Make small changes and start reading labels for harmful additives.