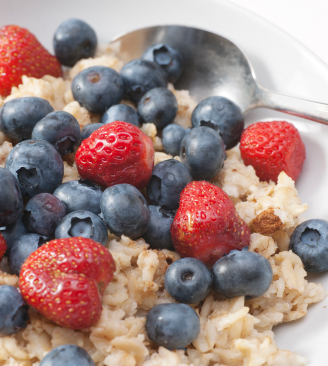 Parkinson’s disease was first described by James Parkinson in 1817.  Currently it affects more than 7 million people worldwide and at least 1 million in the United States of America, with the average age of onset approximately 60 years old. It is defined as a progressive neurological disorder of movement and mental function characterized by the following symptoms.

Parkinson’s disease is a result of damage to the nerves in the area of the brain that is responsible for controlling muscle tension and movement.  It is classified as a neurogenerative disease like Alzheimer’s and shares some of the same underlying causes like oxidative damage, inflammation, and dysfunction of the mitochondria, (the cells that produce energy).  The initial biochemical abnormality of Parkinson’s disease is a decreased level of glutathione which is the brain cell’s primary antioxidant; if levels are low the cells are more likely to become damaged from environmental toxins.  Some environmental toxins include exposure to copper, iron, lead, manganese, pesticides, and even MPTP a contaminant found in synthetic heroin.  Some experts believe that it is the total load of neurotoxins instead of just a single item that truly onsets the development of Parkinson’s.

Currently Parkinson’s is being treated with drug therapy and dietary, nutritional and herbal recommendations to slow down progression of the disease and enhance the effectiveness of the drug therapy.  The most popular drugs for Parkinson’s include Sinemet and Eldepryl which help with the conversion of the amino acid tyrosine into dopamine.  These drug therapies are highly effective in the early stages of the disease providing symptom relief but they do lose effectiveness over time.  The common side effects associated with Parkinson’s medications include nausea, vomiting, sedation, hallucinations, and delusions.  The primary focus of the nutritional and lifestyle care is to reduce the side effects the drug therapy.

A low protein diet has been shown to enhance the action of the drug therapy in several clinical studies.  The daily recommended protein intake for a man is 50 grams per day and 40 grams per day for a woman.  Some experts advise patients to reduce protein the most at breakfast and lunch and then have a normal dinner so the symptoms will be reduced during waking hours. Medications should also be taken with a high carbohydrate meal.

Research shows that excessive free radical damage is one of the main contributors to Parkinson’s disease; increasing antioxidant consumption through supplementation may offer some therapeutic benefits. The core supplementation that should always be used includes a high potency multi-vitamin/mineral formula, 1000-3000mg of EPA and DHA found in omega 3 fish oil, and vitamin D-3.

Vitamin E & C- High dietary doses of 3200 IU of vitamin E and 3000 mg of vitamin C combined have shown the most benefits to prevention, and management of Parkinson’s disease.

Coenzyme Q 10 is a powerful antioxidant and is also essential for the specific mitochondrial function that is damaged in Parkinson’s disease. Studies have shown that supplementing with CoQ10 can show significant improvement in mental and motor function and activities of daily living.

NADH, the active form of vitamin B3 has been shown to greatly increase brain dopamine levels in patients with Parkinson’s disease, reducing symptoms and improving brain function.

Green Tea- In population based studies consumption of green tea has been shown to protect against the development of Parkinson’s disease.  The polyphenols in green tea may play a role in preventing and treating oxidative stress.

Velvet and Fava Bean- have showed improvement in brain function and L-dopamine levels. Due to potency of these extracts it is recommended to be under physician’s supervision when taking these to ensure L-dopa levels are not increased too much.

This article was written by Dr. Keith Kantor and Dana Yarn, RDLD