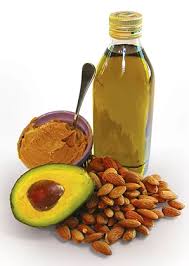 It is becoming hard to differentiate between fact and fiction when it comes to nutrition. There are different philosophies when it comes to health and unfortunately different motives including financial gain and a political side. With food and health care politics at an all-time high, it is hard to believe everyone, even if they claim to be a health professional with your best interest in mind. Thankfully there are more scientific based studies that prove old theories to be false. The same old theories that increased the prevalence of Type 2 Diabetes and obesity.

We will review a traditional theory that low fat diets were once viewed as a healthy lifestyle, but over time they have been proven false through scientific research.

Leaving fat out of the diet is actually more of a health risk then consuming fats from natural sources like coconut oil, all-natural red meats, real butter and eggs. Fat is an essential nutrient to cognitive function, hormone production, blood sugar balance, and nutrient absorption.

Low-fat diets became popular a few decades ago, when the saturated fat found in animal products was thought to be the leading cause of heart disease. This theory emerged based on an incomplete study—Dr. Key’s Seven Countries Study—which found the rate of heart disease to be higher in countries that had diets high in saturated fat. While these results initially lead society to believe that a low-fat diet is healthier, the results of the study were skewed.

The Seven Countries Study showed a correlation between countries that had high fat diets and a high rate of cardiovascular disease. But it failed to include any information about any of the countries that had a low risk of heart disease and ate high fat diets—or the countries that had low fat diets and high rates of cardiovascular disease. For this reason, the “cherry picked” findings of the Seven Countries Study are considered inconclusive, and the results are still heavily debated and criticized, yet major health organizations promoted a low fat diet.

The main culprit that increases the risk for heart disease is chronic inflammation from stress and inflammatory foods that are high in sugar, processed flours, and trans fatty acids, not saturated fat. It is more widely accepted that fat is healthy, but some still believe the myth that “you are what you eat” or “fat makes you fat.”

Complications related to a low-fat diet include cognitive decline.

A low-fat diet can promote a decline in cognitive function. Omega-3 and -6 essential fatty acids help promote memory, but they’ve also been shown to prevent neurodegenerative diseases such as Alzheimer’s disease and other forms of dementia. Omega-3’s in particular have been shown to improve overall brain function, as they’re involved in the synthesis and function of brain neurotransmitters. DHA (docosahexaenoic acid) is the specific ingredient in omega 3 fatty acids that helps nourish the brain in children, adults and even a developing fetus.

Both adults and children who have symptoms of ADHD (Attention Deficit Disorder) benefit from consuming optimal levels of healthy fats.

A low fat diet can cause a hormone imbalance.

Sex hormones, such as estrogen and testosterone, are produced from cholesterol, which is found in fat. Therefore, a low-fat diet can contribute to hormone imbalance. With a lack of fat in your diet, your body won’t be able to produce all of the hormones you need for optimal health. Foods that are commonly consumed on low fat diets can also act as estrogen mimickers which increase the risk for certain cancers, including breast and prostate cancers.

A Low –fat diet can increase cravings for starchy carbohydrates and sugar.

When low-fat diets became the trend, low-fat dairy products, low-fat snacks filled the shelves of grocery stores. The problem: removing fat from a food causes it to lose most of its flavor, which makes it unappealing. To solve this problem, extra sugar and sodium is added in place of the fat to enhance flavor.

In addition, low-fat diets are typically high in carbohydrates such as grains. Whether they’re whole grains like brown rice, or refined grains such as white bread, both varieties break down into sugar eventually. There’s nothing wrong with eating whole unprocessed sprouted grains once in a while, but when you’re eating grains at every meal to compensate for a missing food group and to satisfy hunger, you’re bound to consume more carbohydrates than your body actually needs. This increases blood glucose levels and sends your insulin levels on a roller coaster ride. This results in spikes and falls in energy levels and excess consumption of food overall, including too many carbohydrates.

Because it’s slow to digest, fat is a nutrient that keeps your appetite satisfied for longer periods of time. Carbs, on the other hand, are the quickest nutrient to digest. Since low-fat diets are high in carbs, you’re more likely to reach for a chocolate bar, cookie, or even another meal only a few hours after you’ve eaten. This promotes you to consume excess calories throughout the day.

A perfect example to support the theory of increased appetite is to compare two meals:

The higher fat salmon salad will not spike insulin levels allowing the hormones to remain within optimal range, the body is still able to use its own stored fat as a fuel source and energy levels will remain steady, decreasing the likelihood of cravings for unhealthy foods. Even though the calories and fat were higher, the end result will benefit the person’s overall health and body composition.

Consume 40-50% of your daily calories from healthy fats including quality all natural meats, oils, nuts, seeds, and avocados. Avoid processed grains, flours, or snacks even if they are labeled as healthy because they are fat free. Remember sugary fruity candy is fat free and it will also increase your risk for chronic disease.