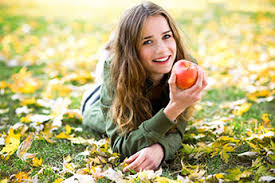 Suwanee, GA/May 3, 2016 – Nutritional Addiction Mitigation Eating & Drinking (NAMED), a nutritional program that works with addiction withdrawal announces that founder and CEO, Dr. Keith Kantor spoke to large audience at the Georgia National Alliance on Mental Illness (NAMI) State Conference and Membership Meeting on April 30, 2016.  This year’s Georgia NAMI State Conference and Membership Meeting had the theme of ‘Be a Georgia Mental Health Hero’.  One of the major points on the agenda was emerging trends in mental illness treatment and NAMED is considered one of the most significant and innovative cutting edge programs introduced over the past year.  Dr. Kantor discussed in detail how NAMED can assist mental health professionals in dealing with addictions and other mental illnesses.  NAMED is working extensively with mental health professionals across the United States.

Developed by Dr. Kantor, a leader in nutritional science, NAMED develops precise nutritional menus for those undergoing substance abuse recovery.  The program is the only one in the world that concentrates on not stimulating the opiate receptors or even suppressing them naturally through specially designed menus. This lowers the cravings for the abused drug, increases the success rate and lowers the relapse rate. The program also lowers the inflammation in our bodies, which causes the insulin production mechanism in our bodies to work improperly.  Menus are added all the time and research is constantly ongoing to find natural ways to not stimulate or even suppress the opiate receptors plus balance the body’s Ph to help prevent inflammation.  The system works in a controlled environment in conjunction with conventional methods such as counseling, exercise, meditation, education and amino acid nutritional therapy. The concept behind the NAMED program is to increase the success rate of withdrawal and lower the relapse rate.

“I was very honored to be speaking at the Georgia NAMI State Conference and Membership Meeting,” said Dr. Keith Kantor.  “The purpose of NAMED and NAMI are the same to help others.  If NAMED helps just one person, it is a success.  I hope that my presentation about NAMED will help those engaged in the mental health profession to better help their patients.

“I was very glad to see the strong reception that NAMED received from audience members,” continued Dr. Kantor.  “After my presentation many came up to me and said they would incorporate NAMED into their treatment programs.”

A new program that is getting a lot of attention, especially from NAMI, is NAMED works with therapists that are treating many other mental illnesses. Here the menus are designed to affect specific chemicals that influence the disease, not the opiate receptors. An example would be Anxiety Disorder. Those with Anxiety Disorder do not have enough serotonin or melatonin. The menus will provide that, thus aiding in fighting the disease.

Additional information on the Georgia NAMI State Conference may be obtained at www.namiga.org

Additional information on the NAMED. program may be obtained at www.namedprogram.com