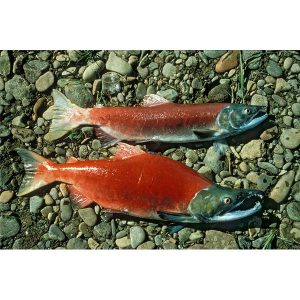 Farm raised salmon are fish raised at engineered aquatic farms. Virtually all salmon sold in North America labeled as “Atlantic” comes from farms, because the majority of the natural habitat of fish on the eastern side of the United States of America are no longer abundant.