Another Obamacare Delay? – The Public Record 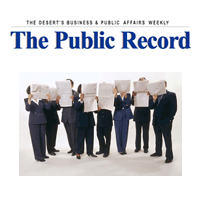 Recently Ken Alan of The Public Record asked Dr. Kantor why he anticipates that Obamacare will be delayed for individuals.  Dr. Kantor believes that we have to look at the track record and understand that Obamacare wasn’t designed to fix our health care system.  It was designed to help contain the cost of health care, and it was done politically, which usually does not solve real world problems. Beyond that, we have already seen delays in almost all of the unpopular or unworkable parts of Obamacare. The long term care was deemed unfeasible and taken out,  the main part of the exchanges were delayed, and recently the employer mandates were delayed for one full year. The only real mandate that’s left is the individual mandate.

They continue to talk about health care and Obamacare as well as the Blue Ribbon Advisory Committee, which Dr. Kantor formed and chaired. Through this they developed proposals that could save $253 billion per year without mandates. He shares the various proposals that were developed using common sense solutions, something which is not widely practiced in politics these days.

This is a preview to an article that will be featured in The Public Record.